Fujitsu PostgreSQL Blog
Why PostgreSQL is the Linux of Databases
Phil Downey | July 12, 2018

PostgreSQL could change the database market just as Linux did operating systems. 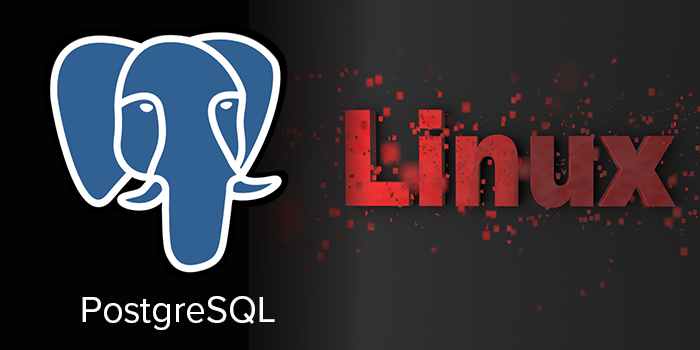 From little things big things grow! Little did I know though that back in 1989, when doing an assignment at university on an operating system called MINIX (that I had loaded onto my PC with a floppy drive), this OS would provide the origins of Linux.

Nor would I have ever dreamt that this Linux operating system would grow to displace the largest proprietary Unix players at the time and become what is probably the most installed server platform in the world. I certainly didn’t think that the next big thing in operating systems would be Open Source. That said, this was back when the internet was nothing more than a university experiment.

Linux was born from MINIX, the brain child of one but supported by many, a community of developers from distribution vendors, hardware vendors, large corporations, and freelance programmers to become the number one server platform spanning X86 machines to mainframe platforms. Today, Linux remains vibrant and continually adapting to exploit new hardware, cloud, internet of things, and embedded systems to name a few. It is used from the most conservative of banking institutions to cloud startups, underpinning core business-critical operations.

This success comes from the breadth of market support, a diversity and common purpose of a community that is well organised, innovative, and respectful of its members. Linux is not an open source project sponsored or effectively owned by a few, but a real global democratic and engaged community who always believed in the success of the platform and prioritised this before profit.

Coming from the enterprise database vendor space and being relatively new to the Postgres family, after joining the Fujitsu Enterprise Postgres project and immersing myself in the technology and business of PostgreSQL, it soon became apparent to me the parallels between PostgreSQL and Linux.

In the same way as Linux, PostgreSQL was born out of a university project, and has a well-organised and devoted community working on it, with many different contributors all over the world. Also similar to Linux, it has a variety of distributors and ISVs offering extensions, added functionality and support, making it an increasingly diverse ecosystem that addresses the needs of some of the biggest banks to the smallest businesses.

PostgreSQL is evolving at the speed of market demand

PostgreSQL's pluggable/extensible nature allows it to be easily extended into business applications that cater to all kinds of data types and workloads, Geospatial, Time Series, Deep Analytics, Machine Learning, and more. This is developed and supported by the community to address the dynamic nature of companies that need to manage the solutions of the past, but also want to evolve and address the Business 4.0 needs of the future.

Distributors like Fujitsu Enterprise Postgres, are also adding capabilities such as:

These types of capabilities evolve from customer demands, enabling distributors to differentiate in the market, just like the Linux distributors have for their Operating system offerings.

PostgreSQL, like Linux, brings a whole new vitality to the database market with its competitive, openly supported platform, distributed and supported by multiple vendors, none of which ultimately owns the right to determine what is committed to the platform's future.

PostgreSQL is developing into the perfect storm

PostgreSQL is, at its core a democratically built system - the result of the fact that for all intents and purposes no single vendor owns PostgreSQL. Such an environment fosters competition and collaboration on multiple levels, ensuring all participants are invested to make sure the PostgreSQL platform continues to evolve and innovate to meet the needs of businesses.

This leads to a range of benefits for commercial environments including increased innovation, high quality development, multiple support arrangements, as well as competition when it comes to price and service.

PostgreSQL has the key ingredients to follow in the footsteps of Linux and become a large market presence and leader in the database market. This will drastically lower the cost of enterprise database software and drive a level of competition that has never been seen before in this marketplace. Until now, a few significant players have dominated the database market, creating a glass ceiling for new players, and making it nearly impenetrable for newcomers.

Things are about to change...

Only time will tell, but if momentum has anything to do with it, the PostgreSQL community will be breaking through that glass ceiling sooner rather than later. That being the case, every CIO/CTO needs to have a PostgreSQL strategy and partner, as increasingly businesses will be choosing applications that rely on PostgreSQL in the cloud or in the data centre.

The financial pressures to free up cash flow to invest in Business 4.0 will drive CIOs and CFOs to look at how they are going to reduce ongoing operational costs and invest in technology that will not only meet their Industry/Business 4.0 demands, but will also meet their budget.

PostgreSQL can help with both, and businesses can have the confidence that the community-based competition and collaboration will keep the platform vibrant, innovative and competitive, delivering the function they need at the cost they demand.