< Back to blog home Fujitsu PostgreSQL Blog
How is data beginning to shape the world around us?
Ramesh Nagarajan | August 8, 2019

The pace of new digital technology is quickly changing the way authorities collect and use data. How might this change society in the near future? 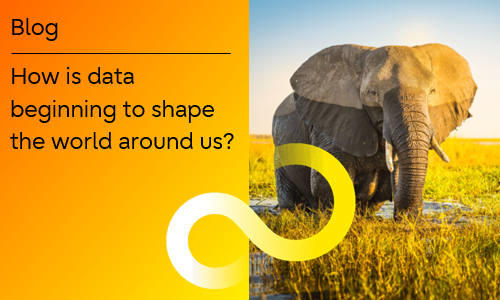 Digital transformation is quickly altering how we collect, store and analyse data. 5G is about to launch and data storage is getting cheaper. A lot of discussion has been dedicated as to how businesses will use this real-time big data, but what about how governments are set to improve society by tapping this new valuable resource? 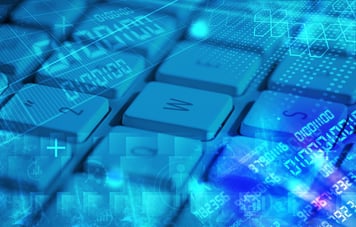 This is the next major generation of mobile network technology and it's critical to the new generation of real-time applications. As with 4G, its focus is on mobile data and the speed at which it delivers it. The difference is that 5G specifications indicate that users will achieve minimum download speeds of 100Mbps — faster than the NBN in most cases.

Furthermore, latency will drop from the current 4G specification of 60 milliseconds to potentially as little as 1 millisecond, and more devices will be connected to the network at the same time than ever before. This means that self-driving cars, connected machinery, monitored wearables, measured land use, and all types of Internet of Things devices will be passing real-time big data like never before.

This begs the question — how will this real-time big data be used?

Let's start to answer this question by considering the fact that the world’s internet population has grown by more than 750% over the past decade, to more than three billion people, and will soon encompass more than half of the world’s population. From there, there will only be growth, until everyone is connected to the net one day. Every minute, more than three million pieces of content are shared on Facebook, and more than 300,000 tweets are sent — and that's just the start.

Welcome to the Internet of Things (IoT)

The internet is no longer just the domain of people, as the Internet of Things ecosystem of connected devices is proliferating at a rapid rate. Conservative estimates suggest there will be upwards of 30 billion connected IoT devices by 2030. With the ability to collect real-time information from cars, buildings, household electronics, and even livestock using 5G, the uses for IoT data are potentially infinite, and could finally realise a truly digitally connected world where the movement and health of everything is tracked and analysed.

At the same time, there's been a number of extraordinary advances in storage technology and architecture. While the price of data storage has plummeted over the past 15 years by an average of 30% per year, the ability to capture more data so cost-effectively means that essentially more data will be captured.

Here's how governments are approaching things

Among so much talk of commercial efficiency and shareholder value when it comes to technology, it's actually what governments are doing with this rapidly evolving and real-time data that is often underrepresented when we talk about the benefits of big data. Let's take Japan as an example.

Japan is the most high profile example of a government pursuing a bold digital transformation strategy in order to solve many of the inherent challenges they face in the future.

While the global population continues to age, Japan in particular has one of the world's lowest fertility rates combined with one of the world's highest life expectancy, resulting in a markedly older population, who will only become older on average over the coming decades.

This will cause a variety of significant social issues for the way they produce goods and services, deliver healthcare, manage workforce shortages, and counter potentially stifled economic growth. At the same time, Japan is considered a global technology leader, so the Japanese Government has developed their Society 5.0 program as a way to leverage investment in digital technology to solve many of the problems they will be facing. Society 5.0 has been defined as a "human-centred society that balances economic advancement with the resolution of social problems by a system that highly integrates cyberspace and physical space."

It is about incentivising technology leaders to develop solutions that provide societal benefits beyond improving efficiency and the value of shares.

There are many applications

For example, health providers can begin transforming the way that healthcare is delivered. Elderly people can have their vital metrics monitored in real-time from anywhere — and help sent almost in anticipation of a potentially serious medical episode. Cars can become driverless so the elderly remain mobile and active outside their homes. Agriculture can be monitored, and automated activities can be triggered based on real-time measurement of humidity, precipitation, temperature and more, potentially by region and by paddock. Through greater collaboration between governments, universities, and industry, new insights can be unlocked for solving huge environmental challenges such as climate change.

Within local governments and municipalities all over the world, including Australia and New Zealand, smart city initiatives are now the digital transformation focus for city planners looking to deliver better and more cost-effective services to citizens.

IoT-connected buses and trains will revolutionise public transport, while smart car parking facilities will free up space all over a city. There's even talk of smart bins that notify waste management only when they need to be collected, and street lights that only turn on when they detect movement.

All of the above is being powered by new capabilities for capturing, storing, and analysing data. Through continued collaborative innovation between technology providers, enterprises, government, and the academic world, we will soon have the ability to create a previously unimaginable world.

If you’d like to hear how you could be driving greater value from your technology infrastructure through Fujitsu’s Enterprise PostgreSQL, feel free to get in touch with us via postgresql@fast.au.fujitsu.com.