< Back to blog home Fujitsu PostgreSQL blog
Enhancements to the target_session_attrs database connection parameter in PostgreSQL 14
Greg Nancarrow | May 27, 2021

In this post, I will discuss the enhancements that will be added to the database connection setting target_session_attrs in PostgreSQL 14, explain the history behind this feature, how it can be used, and the various benefits it provides. 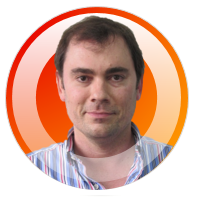 Many, if not most, PostgreSQL client programs access the database using the C client library libpq. libpq provides a set of functions that allow client programs to connect and pass queries to a PostgreSQL backend server, and to receive the results of these queries.

Through libpq, PostgreSQL supports a connection string (or alternatively a connection URI) that may specify multiple host + port possible connections - each candidate will be tried in turn until a connection is successfully established.

The support for specifying multiple hosts was introduced in PostgreSQL 10. At the same time, a new connection parameter target_session_attrs was provided, that allowed specification of the type of backend server to connect to.

Only the following possible parameter values were supported (this remained the case up to and including PostgreSQL 13):

Starting with PostgreSQL 11, Fujitsu proposed additional parameter values, not only to cater for other connection types but also for internal efficiency improvements to validate the parameter and establish the connection. And so started a long process of review, consultation, and refinement with the Postgres community for this feature improvement. This involved:

Yes, it was a long road. But finally, for PostgreSQL 14, this libpq enhancement was committed!

The values of target_session_attrs in PostgreSQL 14 are as follows - new values are highlighted:

Note that a PostgreSQL server can be read-only yet not in hot standby mode, as a result of the configuration parameter default_transaction_read_only being set to on. 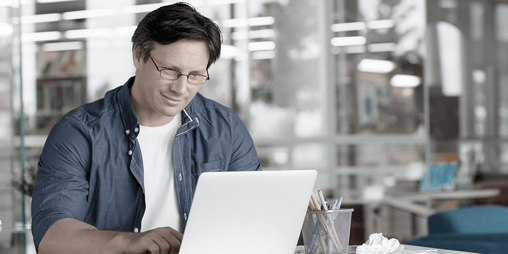 Any PostgreSQL client that links with the libpq library can make use of target_session_attrs and the feature improvements described here. This includes most of the PostgreSQL language-support libraries, such as psycopg2 (the driver for Python) and psqlODBC (the PostgreSQL ODBC driver with C language interface), but it does not include the PostgreSQL JDBC driver or NpgSql (the ADO.NET data provider for PostgreSQL). The JDBC driver supports similar functionality with the targetServerType connection parameter, which accepts values primary/secondary/preferSecondary. NpgSql currently does not have similar functionality.

In addition to the new target_session_attrs parameter values, some connection performance improvements were made, for when connecting to a PostgreSQL 14 or later server. This was achieved through the use of reportable (GUC_REPORT) configuration variables that are related to the session status:

These are reported directly to the client by the server on successful connection, saving an extra network round trip in order to determine the session status. So, when connecting to an older version server, a SHOW or SELECT query is issued to detect session read-only-ness or server hot-standby state.

Note that in_hot_standby also gets reported to the client in the event that the server gets promoted to primary during the session.

psql (the terminal-based front-end to PostgreSQL) uses libpq, so conveniently it can be used for testing target_session_attrs, without the need for any coding.

Some simple examples of using different target_session_attrs values, when attempting to connect to one of two possible local servers, are shown below.

2Try to connect to a server that only accepts read-only transactions.

4Try to connect to a read-only server.

postgres=# show port;
port
------
5433
(1 row)
Connected to testdb2, which we changed to only accept read-only transactions above

5Try to connect to a server in hot standby mode.

6Try to connect to a primary server (i.e., not in standby mode).

7Connect to a server, preferably one in hot standby mode.

The newly-supported target_session_attrs values allow finer granularity in the choice of desired target server connection by the client, and assist with the multi-host connection functionality. They also provide a rudimentary form of scaling – for example, by allowing read-only requests to be redirected to standby servers, in order to reduce the load on the primary server. Lastly, these new target_session_attrs values may allow multi-host connection strings/URIs to work better with some PostgreSQL failover solutions, in reconnecting to available servers.

Fill the form to receive notifications of future posts