Setting up failover and recovery on a streaming replication setup

Streaming replication setup might come in hand if your server fails, as it can provide a backup plan just when needed. We know that any server can fail, and it is a must to be prepared for the worst-case scenario. This article focuses on streaming replication failover and recovery, which are the two inevitable steps to achieve stable and continuous operation.

With this setup, business can continue even if the primary server fails, by switching to the standby server. PostgreSQL does not have features for error detection and automatic switching. A mechanism for detecting an abnormality and a script for promoting the standby server ('pg_ctl promote') needs to be incorporated. Alternatively, cluster software such as pgpool-II can be used, with its error detection and automatic switching features. 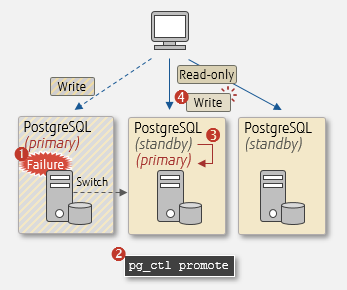 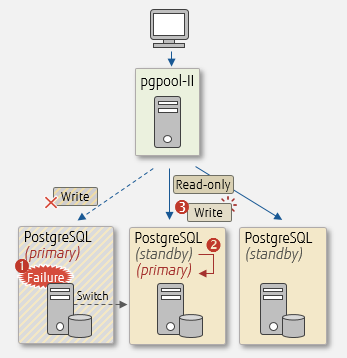 The recovery actions to take differ depending on which server, primary or standby, is down. The following describes measures for each scenario assuming that synchronous replication is used.

If the primary server fails

If the primary server fails, you need to rebuild it as a standby server. There are various methods to recover the failed server, but two typical methods are described below.

The first method uses database backup (pg_basebackup command). The flow can be summarized as follows:

By doing that, the failed server can be set up as a new standby server. If the database is large, it will take some time to rebuild. 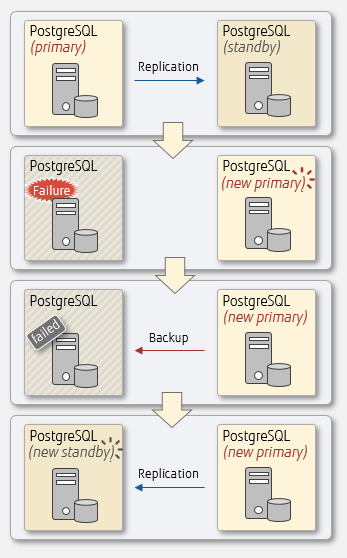 Use the backup to start as a standby server.

How to use cluster files

The second method uses cluster files for recovery. This method is possible only if the database on the failed server has not failed due to hardware issues and you can restart the database. The flow can be summarized as below:

By doing the above, the failed server can be set up as a new standby server. Compared to the pg_basebackup command, the pg_rewind command can rebuild the setup in a relatively short time. However, note that the following conditions need to be met when running pg_rewind: 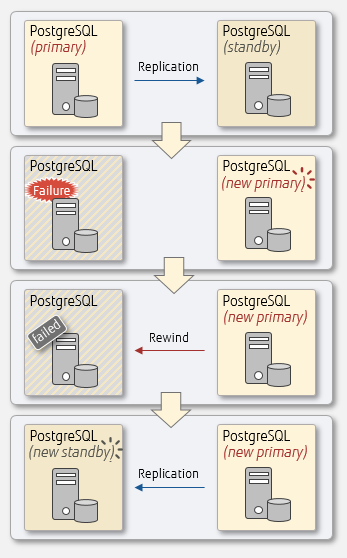 Use pg_rewind to synchronize the failed server with the new primary server.

If a standby server fails

If it was replicated synchronously

To recover the failed server, follow the same recovery procedure for primary server described above. 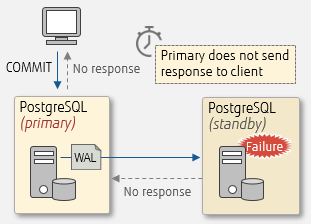 If it was replicated asynchronously

With asynchronous replication, there is no need to edit postgresql.conf or reload the file if a standby server fails. To recover a failed standby server asynchronously replicated, follow the same recovery procedure for primary server described above. 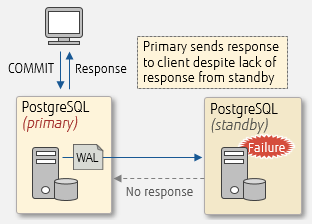 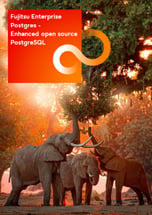